The triggers of ear canal inflammation, also called otitis externa, are, for example, microtraumas. This is understood to mean minor injuries to the skin – triggered, for example, by particularly intensive cleaning of the ears with a cotton swab, which can damage the skin of the ear canal.

If you are affected by an inflammation of the ear canal, you will initially feel itching, followed by severe ear pain – even when chewing or pulling on the auricle. The transmission of sound in the ear can also be disturbed, as a result of which sounds can only be muffled and no longer clearly perceived. Often the ear canal in otitis externa is closed or swollen due to an accumulation of mucus. This type of ear canal inflammation can be divided into a weeping form (secretion) and a dry variant (skin flakes). In rare cases, the surrounding bone tissue can also be affected; this can lead to a damage of the surrounding cranial nerves at the base of the skull.

How is ear canal inflammation diagnosed?

In general, the ear canal should first be inspected and palpated to determine whether there is a noticeable abscess or boil. It should also be checked whether there is pain when the auricle is withdrawn. In any case, an ENT doctor should be consulted for the diagnosis, who will take a closer look at the inflammation. If necessary, the auditory canal should also be cleaned (ear microscopy), a smear and / or a hearing test.

Therapy for inflammation in the ear canal

The aim of treatment for inflammation of the ear canal is to reduce the swelling and restore unrestricted hearing or reduce the resulting hearing loss. The ear canal should therefore initially be cleaned and, if the findings are clear, treated with medicine such as ointments or creams. In severe cases, antibiotics may also be necessary. Usually, however, external otitis is treated conservatively and only in special cases surgically.

Hole in the eardrum 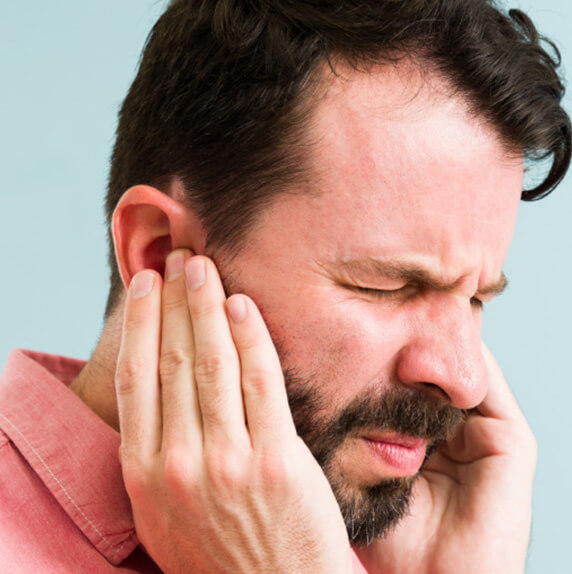